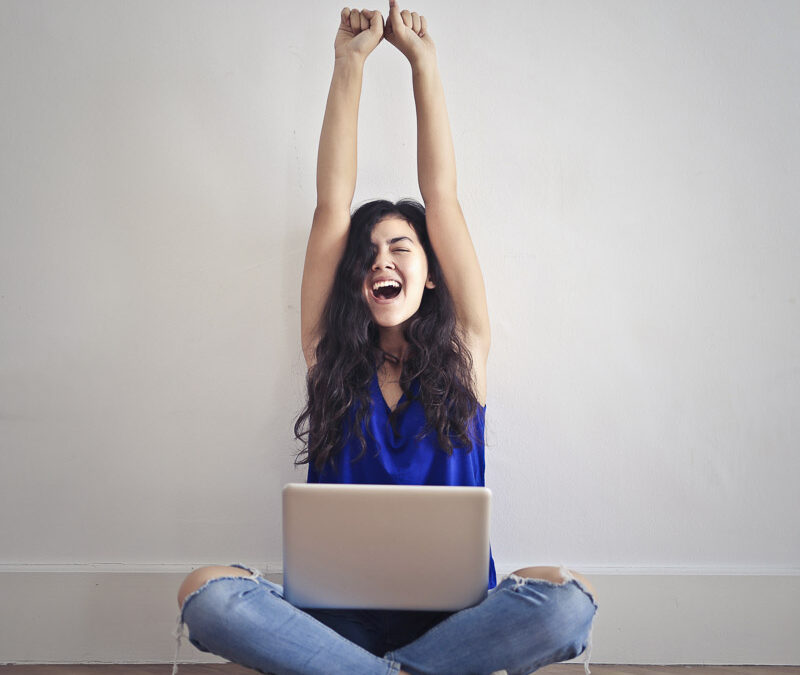 If you’ve ever dreamed of becoming a thought leader, you’ve probably asked yourself, why do some people become leading voices in their niche, while others who are just as talented, or knowledgeable or creative have to constantly work to get noticed?

You might be thinking, come on! What’s the secret sauce? And, while I believe there are definitely many qualities and factors that lead to thought leadership, something I learnt after years of interviewing leading voices in entertainment, business and sport, is that it all starts with the same thing. And it’s something you can start doing today.

Come and join the conversation inside the free facebook community www.facebook.com/groups/thecontentdownload

Perhaps like me, you’ve always had this deep desire and calling to communicate a message and be a leader – a thought leader. Even with what I’m about to share with you in this episode, admitting that out loud feels a little bit awkward for me. But I’m telling you this because I know there will be those of you out there who feel the same.

You secretly want to go Oprah with your message. You want to lead a community of raving fans. You want to write best selling books. You want to be known for what you do and be invited on podcasts and be interviewed about your ideas and stories and worldview…

And why shouldn’t you be a thought leader? If someone can do it? Why can’t you do it?

Because I’ve always had this longing, even before I really knew that I had a message to share.

And I cannot tell you how many years I’ve talked out whole role plays of people interviewing me about my soul work. I used to do it in my bedroom in front of the mirror with my door shut when I lived at home with my parents as a kid – back then it was usually about my leading role in some West End play.

These days I’m slightly embarrassed to say that I still do it and I’m nearly 40. Mainly when I’m driving alone in the car (which is the only time I’m not likely to be caught out by my kids and my husband) and these days it’s me talking out what I’d say if Jenna Kutcher had me on her show.

So for years, I have had this desire to be a thought leader – to share my ideas, my knowledge, my wisdom and to inspire. But I certainly felt for a long time that thought leadership was something that happened to other people, not me.

Because I felt that to be successful and to be liked, I also had to be humble, I had to earn my stripes, and I had to wait for permission for someone to tell me I was ready, that I was worthy – er… but no-one came. Which was disappointing. Because you know, I’m getting on a bit and I was ready to get started.

And I began to think about the many very successful people I had met and interviewed back in my journalism days. People who were already leading voices and I wondered, what did they actually all have in common? And they were all remarkable yes, but there was something else.

I’m talking about people like Mary Berry the Bake off judge who cooked me lunch at her house; and Jo Malone, who I made a candle with in her custom-designed studio, and Ruby Wax who chatted to me about mindfulness and mental health over afternoon tea, and Karren Brady who bought me steak dinner, and Ray Mears who sat and chatted with me in a Sussex woodland, and Barbara Windsor who I drank Prosecco with on a Friday afternoon in the Soho Hotel….

And yes they were all remarkable. Which was why btw I was always absolutely terrified before a celebrity interview and would think things like, “why do I do this job? Why do I put myself through this stress?”

But almost without exception I came away realising they weren’t actually that different from me – they were ordinary in fact. I mean extraordinary at what they did in many cases, but ordinary in every other way.

Which is so often the case isn’t it. We are excellent at what we do. Superstars. But we’re also only human and do things like forget to change the online order before 11pm and end up with a weekly food shop of 3 packs of nappies and a bottle of pinot blush (absolutely didn’t just do that this week).

And I began to look at those leaders in the online world who I looked up to and admired and wanted to be like and lead like.

And I realised something pretty ground shattering. And that’s what I’m going to share with you right now.

The only difference between you and that person who is where you want to be – speaking on those stages, inside those groups, leading that following, writing those books…

The only difference between you and them is this:

They decided. They chose to be a leader.

They didn’t wait for a permission slip or until some self-imposed time frame was up. They decided.

And here’s the really important part: once they’d decided, they took the action the leader they knew themselves to be would take.

They wrote and published their own books. They pitched themselves to the media and to the podcasts. They shared their ideas and stories with their audiences without waiting to be asked. And trusted that while some people wouldn’t give them the blind bit of notice – others would love them for it.

So if this is resonating with you. If you know that you are playing small. That you were meant for bigger things than you’re currently letting yourself have now (and I always think I sign of this is if you can dream it it’s meant for you), take this episode as your permission.

And remember whoever you look up to, whoever you wish to be like, didn’t wait to be invited, they stepped up. Even though it was scary, and they felt like an imposter, or didn’t feel ready and still felt like that little girl looking in the mirror in her bedroom in her family home, pretending she is being interviewed by Andy Crane and Ed the Duck in the CBBC broom cupboard.

That’s it. How to think like a thought leader.

Step 1. Decide. Step 2. Take action. And if you don’t know what action to take, ask yourself – if I was already that thought leader, what would I do next? And whatever the answer is, that’s exactly what you should do.

You’ve been listening to The Content Download with me Cate Butler Ross. If you enjoyed this episode please subscribe rate and leave us a little review. I appreciate each and every single one. Thank you so much for listening. Now go on, go off and lead.

Come and join the conversation inside the free facebook community www.facebook.com/groups/thecontentdownload